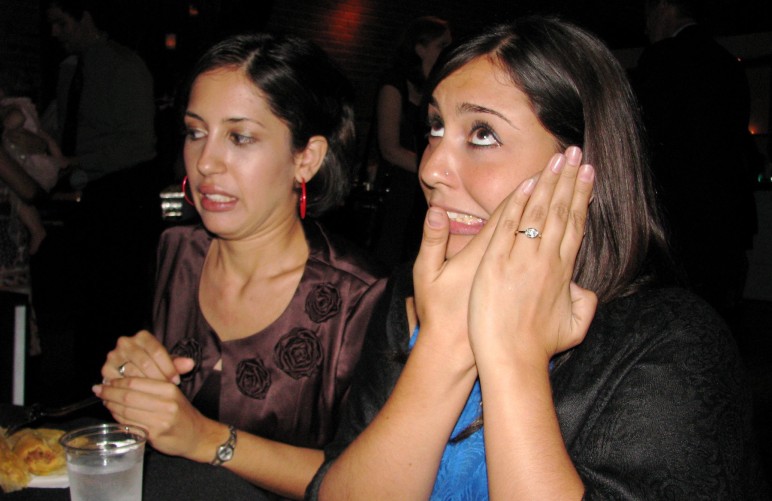 A lot of people asking about LinkedIn are actually motivated by this question:  “where online should I look for a job, or best position myself to find a job?”  If what you want is for people to find you and offer you a job out of the blue … that’s not gonna happen.

The vast majority of jobs are filled informally. People hire who they know, and who their connections know.  What you need to do is build up your network.

This is usually the part where eyeballs start rolling around; there is nothing worse than “networking” as it’s understood by a lot of scientists.  The image we have is a bunch of fake salespeople frantically exchanging business cards and marketing pitches. EW.

Guess what? You know how to network already. It’s called attending professional conferences.  Or giving advice on lab protocols. Or talking over seminar snacks. Or having a bunch of Twitter/Facebook friends.  Networking doesn’t have to be something you do in a suit.  In fact, let’s call it schmoozing instead of networking, to lower the creepy factor.

Schmoozing is the art of conversation, but with a purpose. Schmoozing is connecting with people, keeping in touch with them — and maybe, someday, benefiting from relationships with them. Schmoozing is investing  time and effort into establishing and maintaining career-related contacts.

These things are NOT schmoozing:

The idea is that the relationship is give and take. You share information with your friends that you know will be useful to them; they do the same for you.

A friend that only calls you once a year to find out if you have any job leads for them? Not much of a friend. Don’t be that guy.

Yep, almost there. LinkedIn is a sort of portfolio/resume organizer. It makes you easier to find online, and creates a professional online identity.   If you are actively job seeking, it’s probably worth the hour or so it will take to set up a nice profile on LinkedIn.  Fill out the form to make an online resume. Link to any websites that are important or show your work. Connect to a few of your friends.

What happens next is up to you.

If you are an academic, and your goal is a home in Academia–you might find that other networking sites like Mendeley.com or Academia.edu are more helpful in making connections.

If you are thinking about working in industry or in non-profits, LinkedIn is very useful.  There are quite a few industry and professional groups that you can join, which immediately connects you to a whole bunch of people. Here’s some of the groups I’m in, for example:

See the little lock next to some of these? You don’t have to show all of your groups publicly.

Being part of a group mostly lets you see what people with a specific interest are talking about.  But it also lets you know the NAMES and EMPLOYERS of the people that share your interest.

Want to work for the Nature Conservancy? Go to their website, and you have no idea who to address your cover letter to.  On LinkedIn, you can look to see who works there. And in what division.  And you can do a little investigation and maybe even figure out their phone number and email, and call and introduce yourself.

THAT is what LinkedIn is for. That is how I used a connection with a former graduate student  to connect me to a Google recruiter, and scored an informal interview.  Alas, it didn’t work out (I think I would have made an AWESOME collegiate recruiter; Google was less convinced). But I got way farther, and learned more, than I ever would have applying via the giant automated funnel that is the Google Online Application system.

I’ve also used LinkedIn to find past bosses to help verify employment, as well as just watch the careers of former students grow and develop.

If you try to use LinkedIn as a place to selfishly pump people for employment information, and ONLY that, then won’t work for you. LinkedIn is a handy database of people that you like, and that you occasionally may ask for a favor.  If you become a person that shares useful information freely, posting things that help others, you’ll find that people will gravitate towards you.

LinkedIn is based in Karma. To paraphrase a cliche, “don’t pay love back; pay it forward.”

That’s how you use LinkedIn.

[Important Warning: do NOT let LinkedIn access your contacts or address book. It will send irritating emails in your name for months to all your friends. LinkedIn Corporate is apparently not concerned with bad karma. ]